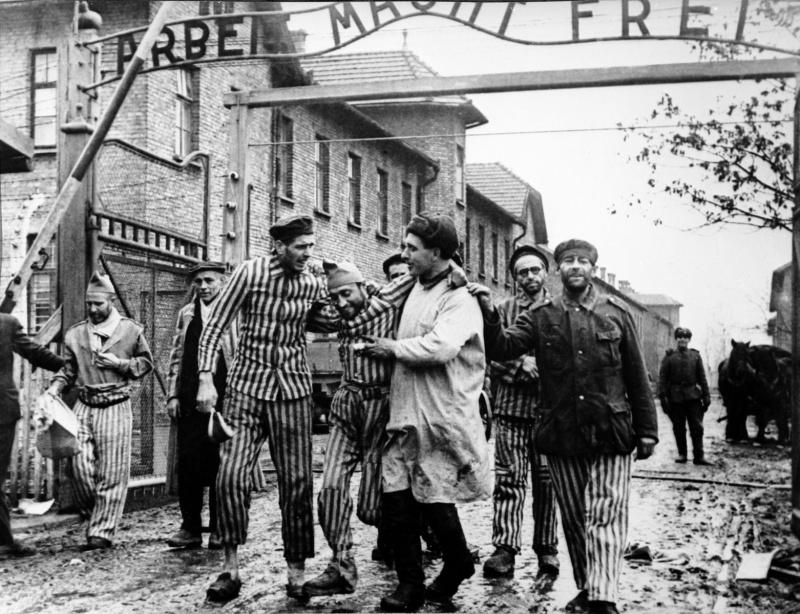 I want to share with you a review, quoted in full, below, posted on Amazon yesterday. It reminded me that 75 years ago today the Soviet army liberated Auschwitz.

A Very Talented Writer With a Real Gift for Storytelling

I received this book from a friend who knows the author. I found him to be a very talented writer, with a real gift for storytelling. I was drawn into the narrative immediately, and stayed involved and interested throughout. It was a great read. I just loaned it to a friend who's a voracious reader, and plan to buy it for other friends who grew up in Brooklyn too.

Although I'm a girl, a few years older than Mr. Rosen, and grew up in the Bronx, with different kinds of people for parents, I'm totally familiar with the kind of environment he describes, only the people with the numbers on their arms were not neighbors or casual strangers, but members of my extended family. My dad even had a cousin who ran a candy store in Far Rockaway, whom we occasionally visited. I have vivid memories of that small, dark, cramped space, the comics, the candy, and most of all, the egg creams.

My parents both came here in the 1920s, at 21 and 16, and met when they both lived on Fox Street in The Bronx, at an informal gathering for Jewish singles that took place in an aunt's apt. every Friday night. While they were spared the Holocaust, the family members who remained behind were not. The Hungarian Jews were the last Jews to be taken, and quickly rounded up in a 24 hour period; many of them survived. A group from my dad's family were in Auschwitz together, which helped them to survive. (The men were sent to labor camps). One group came to the States after liberation, in 1948, while others trickled in from Israel and Paris in the late '50's and early '60's. Some went to Israel and others to Canada and California.

I'll never forget the stories, from those who could bear to talk about it. One surviving cousin cannot, so I spare her the questions I have, or she'll begin weeping, 75 years later. One aunt in particular, who was only 16 when the round-up came, told how her father was shot dead in front of the entire family because he would not leave his crippled, wheelchair-bound daughter behind as they were being marched to the waiting trains. An older sister, a pharmacist, was able to spirit in a vial of poison, so those with her always had the feeling that they could control their own destinies if things got too unbearable. Paradoxically, I always thought that that exit strategy, and their attachment and their love for each other, probably helped them stay alive. A talented seamstress, who later worked for coutourier designers, my aunt would tell of seeing the dress which she had made for her mother, on a fellow inmate, a sure sign of what her fate had been. She exchanged dresses with her so she could get it back and wear it herself. I have an email copy of the manuscript that another cousin had been working on for years, but can't quite bring myself to read more than a few pages of it, because I know or have heard about many of the people mentioned.

And like Mr. Rosen as a child, I too became obsessed with the subject, and read a great deal about it. I particularly remember the Life magazine story about the guards who made lampshades out of human skin, which he referred to. I can't bear to read that stuff now because I don't have the emotional distance that somehow I had as a kid.

In any case, Mr. Rosen's deft narrative skills brought so much of this back to me. I highly recommend his book.