Rosen Remembers
Bobby in the Universe
Four Questions
Beatles, Bobby, Beaver, and the Road
January 27, 1945
So What Do the Germans Think of This Book?
A Flatbush Upbringing
Bobby on Beaver Street
Flatbush Comes to Bay Ridge
Some Good Company
Flatbush is No. 1 in St. Louis
See You in St. Louie
The Macwire Interview
To Brooklyn
A Face in the Crowd
Joan from Flatbush
Conspiracy Theory
Scenes I May Include in a Revised Edition
Midsummer 1952
Return of the Natives
Anne and I
Top of the Pops 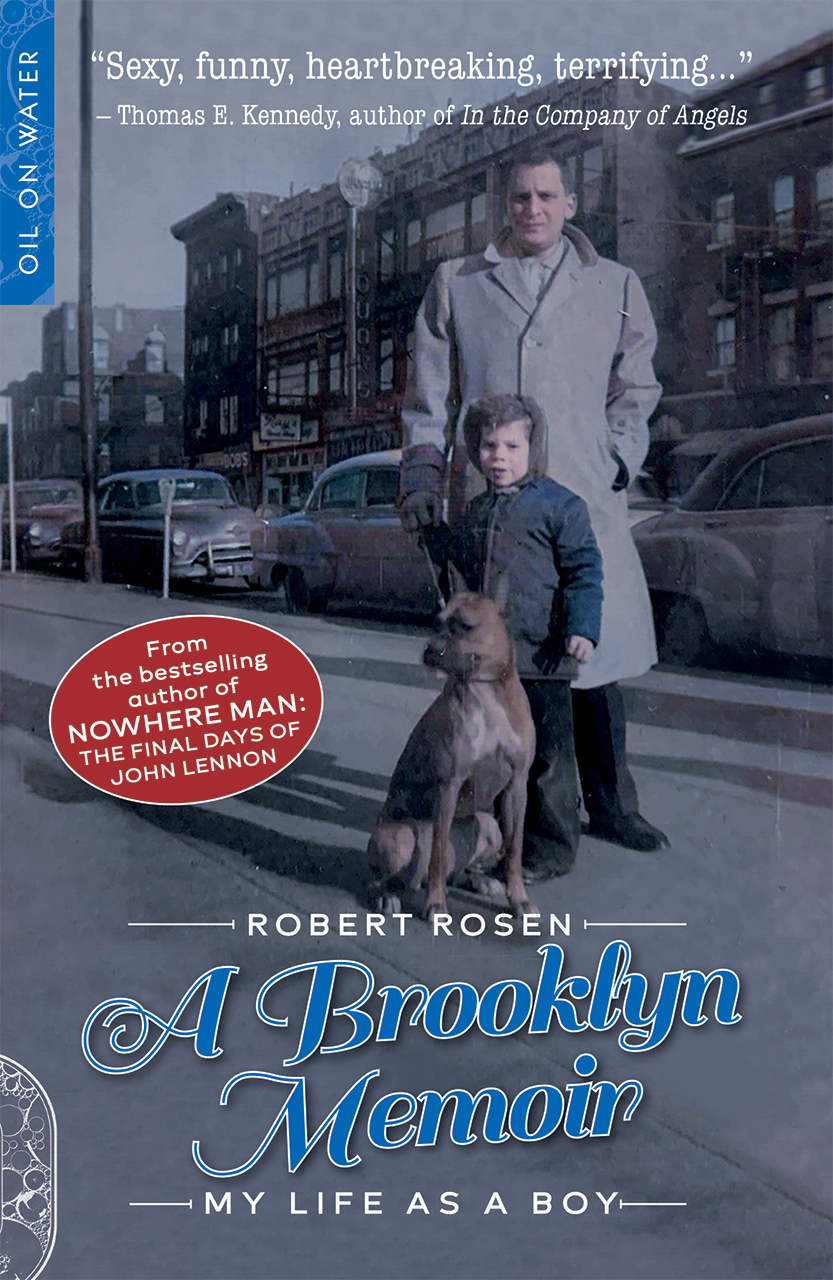 A darkly comic and deeply moving memoir of a

From the final days of the Brooklyn Dodgers in the mid-1950s to the arrival of the Beatles in 1964, A Brooklyn Memoir is an unsentimental journey through one rough-and-tumble working-class neighborhood. Though only a 20-minute and 15-cent subway ride from the gleaming towers of Manhattan, across the East River, Flatbush remained insular and provincial—a place where Auschwitz survivors and WWII vets lived side by side and the war lingered like a mass hallucination.

Meet Bobby, a local kid who shares a shabby apartment with his status-conscious mother and bigoted father, a soda jerk haunted by memories of the Nazi death camp he helped liberate. Flatbush, to Bobby, is a world of brawls with neighborhood "punks," Hebrew-school tales of Adolf Eichmann's daring capture, and grade-school duck-and-cover drills. Drawn to images of mushroom clouds and books about executions, Bobby ultimately turns the seething hatred he senses everywhere against himself.

From a perch in his father's candy store, Bobby provides a child's-eye view of the mid-20th-century American experience—a poignant intertwining of the personal and historical.