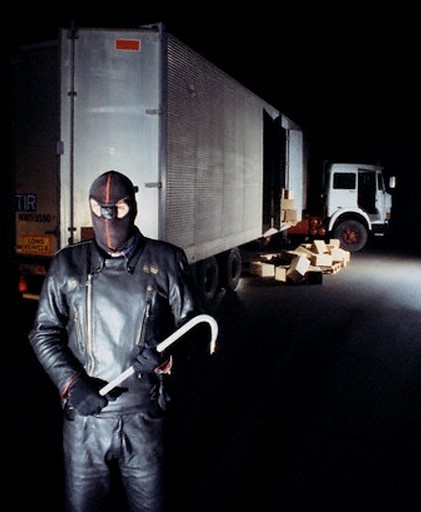 One week ago, I received word from my publisher, Headpress, that the entire pressrun of Bobby in Naziland had been lost in transit, en route to the distributor, SCB, outside Los Angeles.

This was devastating news. The book was scheduled to go on sale September 1, and now that seemed impossible. It also prompted an obvious question: How could such a thing have happened? Nobody had ever heard of an entire pressrun vanishing. Conspiracy theories immediately blossomed on the book's Facebook page.

One person suggested that because of the title, neo-Nazis had hijacked the shipment and were going to make the book their bible, thereby saving them the trouble of having to do a pirated edition.

To which I said, "If they read beyond the title, they're more likely to use the books to build a bonfire."

That was the flipside of the conspiracy theory. Neo-Nazis didn't want the book to be published because it's so aggressively and viscerally anti-Nazi, anti-racist, and ultimately anti-Trump.

During the three days of despair that followed, I telephoned the printer, M&G of Saline, Michigan, to try to determine what had happened and what was being done about it. "You know that book that got lost?" I said. "Well, I'm the guy who wrote it."

Before they could get back to me with an answer, I received word from Headpress that the books had arrived at SCB.

Hallelujah! It's a miracle! M&G had gone back to press and overnighted the books to LA. Problem solved!

But what had happened?

The mundane answer is more common than you'd think. The books were most likely offloaded at the wrong warehouse. And they'll most likely turn up someday. When they do, they'll be pulped. End of story.

In the meantime, Bobby in Naziland is still scheduled to go on sale September 1. Check your mailbox for that Amazon package. Or even better, ask for it by name at your local bookstore.