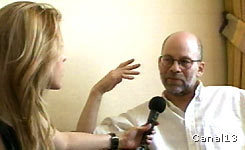 I Feel Your Pain, Ted Heller 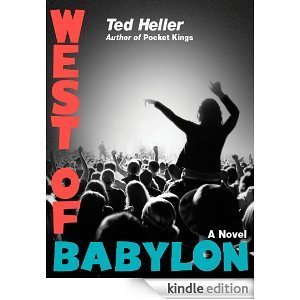 Dear Ted,
I read your piece in Salon, "The Future Is No Fun," about self-publishing your e-book, West of Babylon, and I wanted to let you know that it might be the most depressing story about the publishing industry I've ever read. I got about three quarters of the way through it before I had to stop and put it aside. It was just too bleak to go on. Too much "extreme cruelty." But I came back to it the next day, and skipped to the end, just to make sure it wasn't a suicide note. Then I kind of read it backwards, paragraph-by-paragraph, and felt a little better. I did appreciate your epiphany--if you can call it an epiphany--that you now understand how rough it is out there, and that from now on, you'll help anybody who asks you for help. I feel the same way.

You say that your working life now consists of sending out hundreds of e-mails to people in the media who might want to review your book. You say that you consider it a good day if someone gets back to you, even if they tell you, politely, to fuck off. What you don't seem to realize is that that's how it is now, even if your book isn't self-published. What you spend far too much time doing sounds disturbingly similar to what I've spent far too much time doing since a small, London-based indie published my latest book, Beaver Street, as a paperback and in all e-book formats, two years ago in the U.K., then last year in the U.S.

Still, I found your naïveté touching—calling the media “base hypocrites” because they run stories about authors turning to self-publishing but won’t acknowledge a self-published e-book unless it’s written by a celebrity who self-publishes by choice. You’re just learning now that the media is a viper’s nest of base hypocrites? Where’ve you been? You don’t get media attention by publishing books. You get media attention by committing a terrorist act or by assassinating a celebrity. Not PR gambits I’d recommend.

I should also mention that, though we’ve never met, I did know your father. He was one of my creative writing professors at City College, and as I found out, he could be a cruel bastard, as your sister, Erica, vividly recounts in her memoir, Yossarian Slept Here. But 40 years after the fact, I can sincerely thank him for helping to prepare me emotionally for what I’d have to face as I made my way in the book biz.

Your father, of course, had no illusions about the book-publishing industry. “You can’t live off royalties,” he told us the first day of class. “That’s why I’m teaching here.” (And he didn’t think too highly of agents, either, as I recall.)

All things considered, Ted, I think you’re doing OK. Do I really need to remind you that Salon is the media, and they are paying attention to you? Big time. I wish somebody at Salon would answer my e-mails.

Best,
Bob Rosen Read More
Be the first to comment 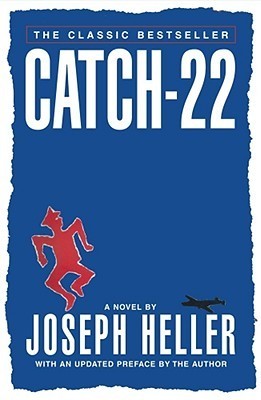 Two biographies of Joseph Heller, my creative writing professor at the City College of New York, have recently been published. I've read excerpts of one, Just One Catch, by Tracy Daugherty, a straightforward chronicle of Heller's life. I've read extensive commentary on the other, Yossarian Slept Here, a memoir by Heller's daughter, Erica Heller.

Memories have been aroused.

Heller, who died in 1999, is best known as the author of the satirical, semi-autobiographical World War II novel, Catch-22, whose iconic protagonist, Air Force Captain John Yossarian, thinks people are trying to kill him, and does not want to fly any more bombing missions. I’ve read the book about 25 times.

When I was Heller’s student, he was finishing his second novel, the semi-autobiographical Something Happened. Thirteen years had passed since Catch-22 was published. Expectations were high, and Heller, to say the least, was stressed out.

City College, in the 1970s, was an extraordinary place to be—because the school was tuition free, and the English department had assembled an all-star collection of professors that, in addition to Heller, included Kurt Vonnegut (Slaughterhouse Five), William Burroughs (Naked Lunch), Francine du Plessix Gray (At Home with the Marquis de Sade), and Anthony Burgess (A Clockwork Orange), who taught a course in Ulysses.

I was ecstatic to have the opportunity to take a fiction-writing course with one of my literary heroes. And I was so encouraged by the results my first semester with Heller (B+), that I signed on for a more advanced course the following semester.

This is what I remember about Joe Heller:

He dressed casually, usually in jeans and a canvas shirt, except for the time he had a meeting with his agent. That day he wore a gray flannel suit.

He always had a wooden gum-stimulator sticking out of his mouth.

“All agents are pricks,” he said.

“You can’t live on royalties,” he said.

He considered Catch-22 to be one of the ten greatest books of the 20th century.

He considered James Michener (Tales of the South Pacific) and Leon Uris (Mila 18) to be hacks.

He forbade us to write detective stories or stories about the supernatural.

His conception of how to structure a short story was inflexible: Beginning. Middle. Climax. End.

It’s this last lesson—an unintentional one, I suspect—that brings me to the scene in Erica Heller’s memoir, where she discovers that she’s been portrayed in Something Happened as a person “so barren of hope that I find myself grieving silently alongside her, as though at an empty coffin or grave in which her future is lying dead already.”

She asked her father how he could have written such a thing about her.

“What makes you think you’re interesting enough to write about?” Heller replied.

That is also an apt description of the “heartless” (as she calls him) Joe Heller I remember from City College. Because in that second semester, he critiqued my stories so brutally, I still find it too painful to read all his comments.

“This story goes bad on page one and gets progressively worse,” one critique began. He then proceeded to detail the story’s disintegration, line by line, in red pencil, in scathingly accurate detail.

In a meeting, I asked him what I was doing wrong, and why he liked my stories the previous semester.

“You were just lucky last semester,” he said.

I was 20 years old. I wanted nothing more than to be a writer. And I was devastated. But I did, indeed, recover and learn to develop a thick skin. Professionally, it’s the best lesson I’ve ever learned.

I wonder what Heller would have had to say about Nowhere Man and Beaver Street. Barring communication by séance, I guess I’ll never find out. Read More
Be the first to comment 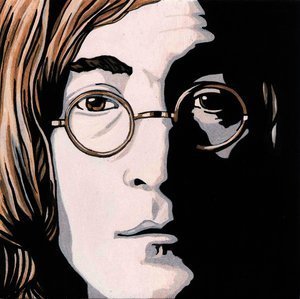